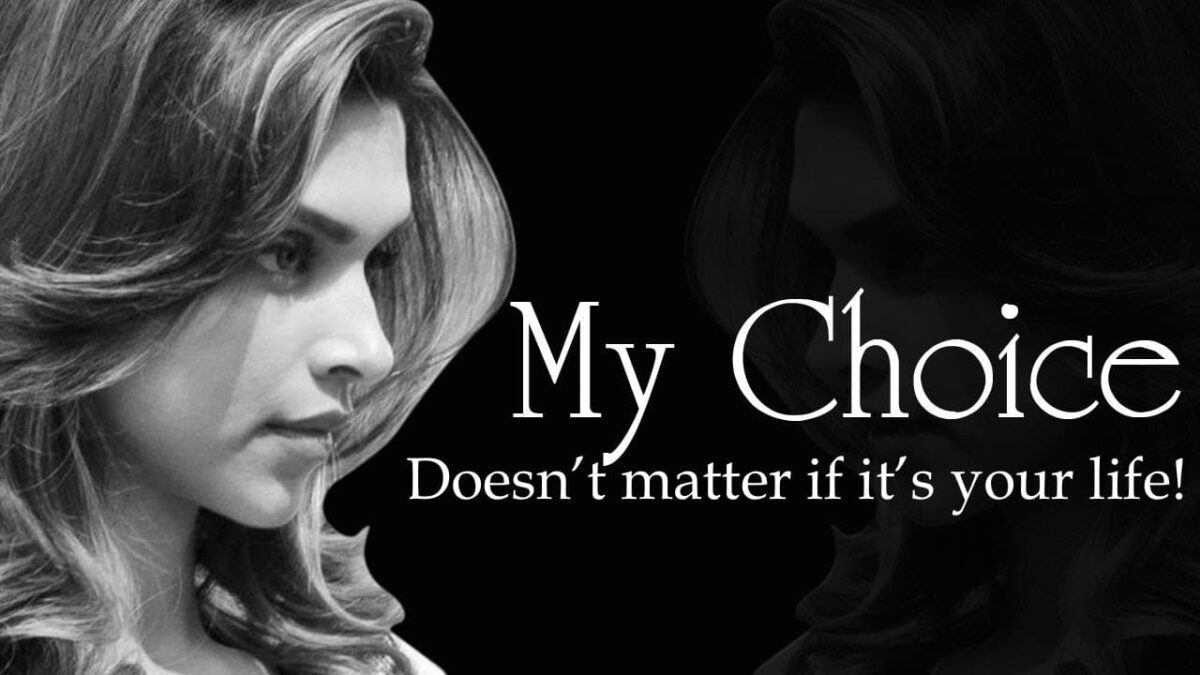 Deepika Padukone surely is one of the fastest rising stars in the history of Indian cinema. But “My Choice Deepika” is what she will be called henceforth. Why? Well, her latest video has changed the definition of online viral videos. There was a time when online videos were celebrated for the mere fact that they were unique. They were loved because they were fresh. They were shared because they deserved it. That’s when they’d become viral. But those were the days in the past. Today, videos are created around sensitive subjects with only one  goal – get some mileage to those involved. Subjects are no longer seamlessly gelled. They are forced into each other. More like in-serial or in-film brand integration. Hope you remember how naturally (pun-intended) Shahrukh Khan talks about the features of Nokia Lumnia in Chennai Express. Or you’d at least remember how situational (pun-intended) was Hrithik Roshan’s dialogue that comprised Mountain Dew’s Slogan in Bang Bang. It’s more of a success-formula-phase that even Bollywood is going through. And there’s nothing wrong with that. But using sensitive issues to get some mileage is a form of dirty advertising. More so, if it’s done by an established star like My Choice Deepika!

So, what really went wrong with My Choice Deepika?

Formulae work great in our country. Just because a serious video about a rape victim was banned, and yet managed to jolt the nation, it’s taken for granted that a few thousand videos around subjects related to women will make it big in the online world. And when a video like that stars Deepika Padukone (A.K.A My Choice Deepika), it has to be a runaway hit. Well, may be, we, as an audience, are not as smart as the one in a developed nation. But we are not dumb either. And that’s exactly why we turned down this video. Yes. The video has been getting so much flak that people are addressing her as “My Choice Deepika”. So what really went wrong with the video?

Well, this video was recent. So it’s fresh in our memories. But if we rewind a little, we’ll understand that there’s more to this. This video featured the same star who’d come out in the open to talk about her depression, a few weeks back. Come to think of it, looks like that episode was a doctored one too.

Picture this. A critical health issue. A fresh subject as not many people have openly spoken about it. A topic that is safe. Well, that’s because even if it doesn’t work, it wouldn’t backfire. And Voila! Here’s the perfect recipe for a brand recall. What’s next? As expected the country empathises with her. She manages to move us emotionally. Most of us begin to even sympathise with. Of course, it doesn’t stop at that. People would now want to see more of this star. They would want to know how their once-depressed star looks on the big screen now. Hence, objective met. It’s pretty evident that My Choice Deepika’s PR machinery has been working very hard. Only if her script writers worked harder, her movies would have some content at least. And she didn’t have to explore this dirty side of advertising. But then that’s not her choice we guess!!

2 thoughts on “My Choice Deepika – When Advertising Gets Dirty”